We are NBT TEAM

We attribute our success to our people, their commitment, and work culture.
Our “One Company, One Team” motto within Network Bulls Technologies promotes strong team morale which helps to bring about the optimal synergies. 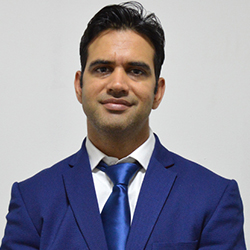 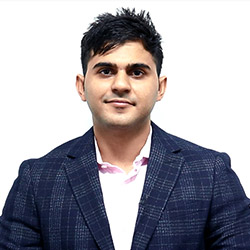 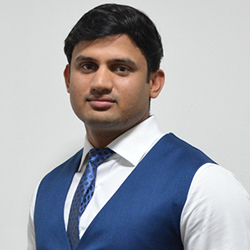 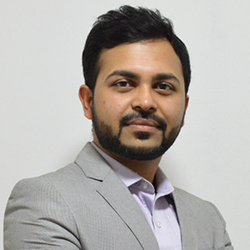 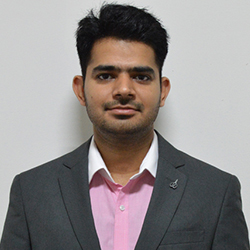 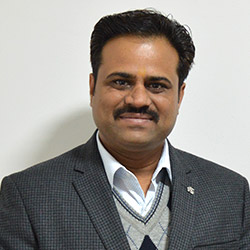 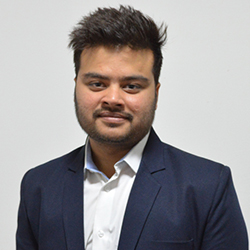 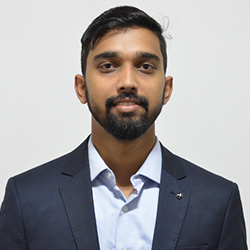 A serial entrepreneur, Vikas is one of the founding pillars of Network Bulls Technologies. Having 15 years of industry experience and triple CCIE to his credit, he holds strong technical expertise in R&S, Security, and Voice technologies. He has worked with some of the renowned IT brands like Religare, CSS Corp, IDS, etc. and carries extensive technical exposure.

He is also the Co-Founder and Managing Director of Network Bull Study Pvt. Ltd. which is renowned for its Cisco Certification training, worldwide. His versatile personality trait is a source of inspiration to many, you will find a pristine Leader, Manager and Iconic Trainer in his personality. He believes in innovation and hence makes sure that there is a technological advancement in all areas from time to time.

Also, he loves to travel. has visited more than 50 countries to date and a health enthusiast. According to him :

“Success cannot be achieved in one day, it needs a lot of perseverance and consistent hard work with dedication. Keep working on your goals every day!”

Paras heads marketing and strategic initiatives at NBT. He has been a driving force behind marketing, branding, PR & communications activities. A serial entrepreneur, he also co-founded Network Bull Study Pvt. Ltd. along with Mr. Vikas Kumar which operates in networking training domain.

A key contributor to driving company’s vision, strategy, and growth. Under his leadership, NBT and NB both have gained immense brand value in its respective industry markets. His working methodology and highly optimistic attitude are a rare gift.

Paras loves traveling and visited different countries. He never misses a chance to explore the versatility of different cultures. He is a health conscious person and strongly believes in staying happy and healthy.

An MBA and IT Engineer by qualification, Gaurav has been one major driving force in the rise of NBT in the Market. The company enjoys working with some of the most reputed brands in India from various verticals such as Patanjali, AIR India, IFFCO-TOKYO, SIEMENS, OYO Rooms, JLL, Reliance Jio, Snap deal & Many More. Gaurav is an active contributor to Digital India movement, loves to work with disruptive startup ideas and give back to society.

With his outstanding and far-fetched attitude, he is flawlessly leading the Management and Technical Team of NBT.

Vaibhav is one of the elite members of NBT. With his intuitive quality and strong decision-making power, he gave NBT numerous opportunities to serve many creditable Clients. Born and brought up in New Delhi, Vaibhav holds a passion for Traveling and Photography.

After Graduating from Apeejay College of Engineering College in the year 2011 with his Bachelors in Technology (Electronics and Instrumentation) he worked with IBM Solutions for one year with the Intern Solution Design Team. In 2013 he joined the team of NBT as Business Development Executive. With his exceptional goal-oriented strategy he was promoted to Manager Operations then Head of Operations and eventually as Head Business Strategy and Planning within a span of four years.

He is an optimistic and dedicated soul who believes in himself. His commendable persona has much to learn from.

With his accomplished technical skills, Praveen is keeping the ball of Technology Department rolling smoothly at NBT. Cisco Certified Internetwork Expert (CCIE) in Security and R & S with the charmed numbers of CCIE Security Certification #60079. Praveen is a pool of knowledge and his hard work and dedication are reflected in the growth chart of NBT.
After his graduation from B.Tech Electronics and Communication (2013), he joined NBT team in the year 2014 as a Technical Consultant. With his outstanding performance and meticulous hard work, he was promoted to Head of Cisco Business. Praveen leads other departmental managers to ensure that team's technological developments align with the company's goals. Innovative Mind with an Ambition to be the BEST are the characteristics that can sum up his personality.
Born and Brought up in Pilani Rajasthan, Praveen loves traveling and is very famous for his pleasing personality and helpful nature.

Beginning his career with a Biomedical Organization which was situated in Mumbai, Sunilrealized that he should explore more and hence after one year of experience he moved to Dubai to harness more opportunities. With his exceptional Management and Leadership Skills, he founded an organization which was later called Smile Computers. Today Smile Computers LLC is leading the IT market of Dubai with business partners like IBM, Dell and HP specifically. It was initially into Import and Sales of IT products which were later extended to Service, Solution, and Manpower providing hub. After his rigorous efforts to strengthen the foundation of this organization for 15 years, he chose to come back to India.

In 2006 he founded another organization named Sian Technologies (India). After working for one year as the Director he chose to switch his job and join Progression Infonet Private Ltd (HP Partners) as VP-Sales & BD.

Before joining NBT in 2017 as Business Head, he served his previous organization for a decade. In his work history, he had successfully implemented & achieved multiple large IT Infra consolidation projects.

With his exceptional skills in Corporate Sales, Sunil is continuously strengthening the foundations of NBT.

Born and brought up in Lucknow, UP, Sunil has a competent taste for fictional novels and special inclination towards Sports. He believes in doing things at a good pace which is reflected from his flexibility and adaptability with technology.

Sunil has graduated from Kuvempu University with his Bachelors in Engineering (Electronics & Communication) and well versed with languages like Hindi, English, and Kannada.

Known for his tireless work ethic, energetic presentation, and leadership skills, Ashish has blazed a trail of high economic growth in NBT. A trusted advisor among the leads, Ashish, is considered an incredible decision maker in the organization.

After working with HAL in Aviation department as Aircraft Maintenance  Engineer for six years, he worked with Airtel (IT Telecom Department) and Reliance Communications. In the year 2014 he joined NBT as Manager Of Service Department and today he is leading the organization with his phenomenal mentorship.

Possessing special corner for music he is popular for his splendid vocal performances in the organization.

As a key member of the leadership team with influencing change and go-to leader for colleagues striving to reach the same levels of performance, Vishal led the company to develop a groundbreaking solution for IT market.
Vishal earned his B.COM in Commerce/Account Domain but due to his inclination towards technology, he opted Networking as his career. Although it was a big decision and a sudden transition in his career path however his dedication made him master in Networking Security. While he was pursuing his graduation he went for a CCNA + Ethical Hacking Certification he was very keen to understand hacking, Dark internet, Black Hat). With his undying passion for Networking, he joined Network Bulls to get CCIE (Integrated Security) Certification. He got succeeded in getting the CCIE Security Cert cleared with #60165. Today he is leading the Technical team of NBT and designated as Manager of Technical Solutions.
Vishal belongs to Hyderabad and considers his father to be his inspiration. A passionate traveler, swimmer, and gourmet are few of his attributes along with his special tastes for Bikes. He is an optimistic and fun loving soul.With his honest persona and result oriented attitude, he is continuously contributing to the growth of the organization.

At a very young age, Abhishek is leading the Technical Solutions team of NBT. Belonging to Sonbhadra, UP, Abhishek completed his Bachelors in Technology in the year 2014 with his specialization in Computer Science and Engineering.
Abhishek has added the magical numbers of the CCIE Security Version 5 certification i.e. #60021 in his achievements.
He gained his expertise from Network Bulls, the education partner of NBT in Multivendor Technologies (2015). In the year 2016, he joined NBT as Technical Consultant. However his meticulous hard work and leadership quality promoted him to the position of Manager Tech Solution (Pre Sales Department ) within a span of one year.
Learning about New Technologies and Bike riding are few of his leisure pursuits. He believes that there is no shortcut to success but consistent hard work.